Ok, I know - I'm terrible at being consistent (that probably goes with everything) and I'm sure you've figured it out by now. What gets me is, when did we get to mid-October?

At least there was a much-needed break to good ol' San Diego! 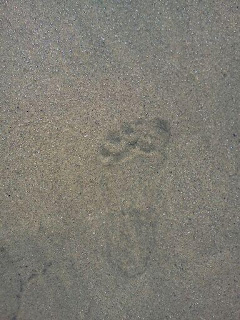 With some quality family time at the beach with our little munchkin! Can you believe she is already 3 ft tall??? Again, when did that happen?

Plus, we've been taking in the Fall and all it has to offer - including more sugar than I'd like to admit. I am also proud to say that I've kept up with the swimming (yay) and strength-training at the gym. We've also been walking it up as a family since my 2-yr old refuses to stay in her stroller after her cheerios are gone from her her snack cup.

We're also blessed because the pregnancy has been going well, but I've been dodging that gestational diabetes test like there's no tomorrow - talk about giving sugar a bad rap! Why can't they just let you bring in a nice Pumpkin Latte from Starbucks?

I was looking through my drafts and it turns out it's been quite a while since I posted on a Friday. The below is actually an old draft that I had prepared and scheduled to publish back in April!!! However, I just realized (I think) that you still have to hit the Publish button for it to publish at the time you schedule a post. Yes, I know - here I thought I was tech savvy! So here you go, a 6-month old Flashback Friday post!

What were you up to 6 months ago?

...speaking of music, I read this article about the cast of Glee getting 200 records on the Billboard charts. Crazy, huh? Although I am a GleeK I obviously don't think they should be considered to be in the same group as the Beatles or Madonna.

Also, I was actually surprised that despite the iTunes phenomenon of the show, it's ratings aren't that strong. I'm all about the music and the Finn + Rachel high school romance but I do think the show can get a little "preachy" from time-to-time.

Glee has however introduced me to some good music, including the Rumors sound track.

I immediately downloaded it the next day after the "Rumors" episode aired and have been known to play it non-stop on certain days. "Songbird" being my favorite song from the album.

There's lots of music that I absolutely love and I wonder if my BB will share my opinions. I'm a big Beatles  and Juan Gabriel (I know, totally different) fan because of my parents and have picked out some other music along the way. But if you really think about it, there's so much good music out there that I probably have never heard of or ever will.

Posted by cynthiasolc at 9:00 PM