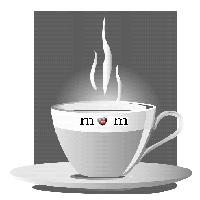 During my maternity leave I went back to having a second cup o'joe in the afternoon. Although it was decaf, I looked forward to it each day and even tried to give it up for lent. I failed a week into it, and instead opted for no chocolate/ice cream to go along with my daily readings of the Bible (if you're Catholic try the Laudate.droid app - so awesome).

I've been doing good this week and last, but it's a struggle. You know what else is a struggle: the Pump.

The breastfeeding pump that is. It's back in a major way and I'm just trying to get into the routine of it all.

I had no problems at all during my first pregnancy so I thought it'd be the same for this one. I was wrong. Here's what I've dealt with so far:


Not to mention, I hate pumping at work.

Someone at work has always been pregnant/nursing since even before BB so we have an old office dedicated for it. It's nice, but was missing a chair and table when I came back. In my search for a chair, a fellow co-worker followed me in there as I wheeled one in and would not leave. He just stood there, like "hey, what are you up to?" Um, um, um... eternity, um...

Finally he left, but it was so awkward.

Then I locked myself out and had to get my male supervisor to open the door. Wonderful.

Then I forgot to put the bags on at the end of the pump - I caught that one fast, though.

Then I forgot to pull down my shirt and was walking around with my breastfeeding tank in all it's glory. Such a trend-setter I tell ya!

Ever have to pump at work? Any horror stories?

Posted by cynthiasolc at 6:30 PM

Email ThisBlogThis!Share to TwitterShare to FacebookShare to Pinterest
Labels: MommyNeedsCoffee