Yes, I know the plan was yoga + a run. The run wasn't in the cards this morning and I don't feel too badly about it. I accomplished 90% of my goals and I'm going to focus on the strides I'm taking. I will try to get in the run this weekend, I just have to learn to be flexible sometimes. Are you?

Hey Dude, ever heard of Spaced?

When I was single, the dating scene treated me very badly - no joke! I wasn't too focused on fitness or nutrition and I suffered from insomnia. I was a night owl and stumbled upon this particular show on the BBC one night:


Following a dispute with a young customer over Jar Jar Binks merchandise and Tim's inability to cope with the Star Wars prequels, Bilbo fires Tim. Daisy is trying to get money out of the Job Centre people, despite not having signed on to the dole for three months due to her holiday. Brian is horrified to discover that his relationship with Twist is affecting his artistic output. After Amber runs out, Marsha finds herself a new lodger - Mike. [source]

It was the funniest show I had EVER seen! I was hooked.

Because it was pre-2004/pre-DVR days - I ended up staying up late or using my VCR to get the recording job done. I tried buying the DVDs online, but I was a college student who wasn't too sure how to calculate the $$$ to Pounds conversion and I gave up. The VCR would have to do - and it did.

However, now we have DVR and NETFLIX. Netflix - woo-hoo!!!

I was bummed when I found out there were only two seasons, but then I realized - "hey, two seasons of joy!" The laughs got me through some difficult "dating" woes and they just keep on making me laugh - gotta love that!

So, how is/did the dating world treat you? Did you have any "coping" shows? My list was long ;)

On a totally different tangent, some of you may know, I'm also doing this challenge:

Today was tough sticking to it, but it was done.

I wanted to go out to lunch with my friends at work, but I stayed in. Today was busy.
I wanted to get a chai tea latte, but I waited for a decaff late at home.
I wanted to eat at the Sam's food shop since we were doing our grocery shopping, but I made this instead: 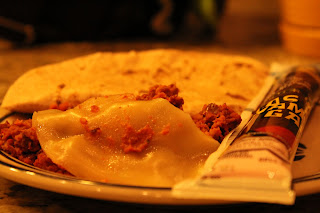 RC wanted healthy, so he said no to Sam's. I said no to his Whataburger/Subway suggestion. We agreed on a sandwich for him plus some homemade pinto beans and a whole-wheat tortilla with a side of yogurt pops for the rest of us. 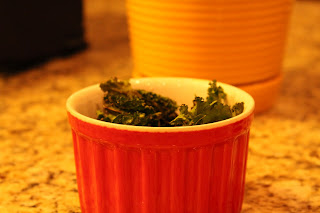 Leftover kale chips were also involved - my first try at making them. So glad I did. 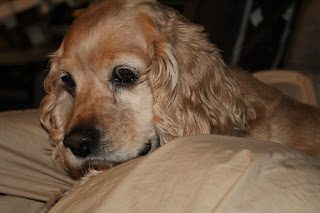 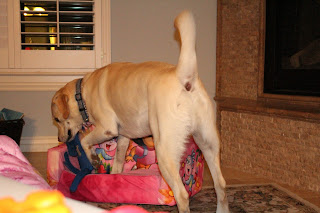 I'd say we saved enough $$$ to get these two their treats for the week, not too shabby?

Have a great weekend.

Love the eat in challenge! I eat out maybe once a week. At the most. Eating out is fun! But I physically feel better - much better - when I eat what I cook. Not to mention all the money! That is reason enough alone!

No kidding, I think we've saved close to $100 in just 2 weeks. It's crazy how it all adds up so quickly!

Plus, you really do feel better!